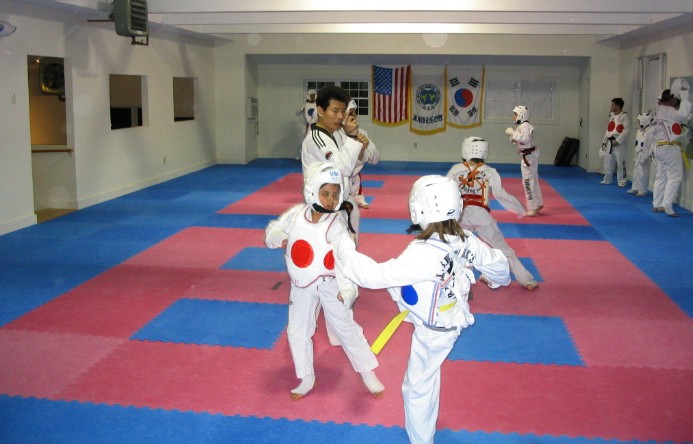 Grandmaster Sun Woo Park has spent most of his life studying, teaching and promoting taekwondo. His experience includes self defense training, tournament sparring and officiating. He is also an active member of regional and national organizations that influence taekwondo’s development.

Grandmaster Park’s taekwondo studies started when he was a young boy in Korea and continued through his youth and his service in the South Korean military. The U.S. Eighth Army hired him to teach taekwondo to U.S. servicemen and their families based in South Korea from 1982 to 1984. In 1985, Grandmaster Park came to the New Hampshire Seacoast and founded Park’s Taekwondo School in Durham before moving to Portsmouth.

Grandmaster Park teaches students of all ability levels, from first-day white belts to advanced black belts. His teaching emphasizes the full spectrum of taekwondo’s benefits, from physical conditioning, to development of good character, self-control, discipline, and respect for others. Grandmaster Park is committed to his taekwondo students’ progress, guiding each of them in the proper use and development of their skills. Park’s Taekwondo School students regularly win honors at regional and national tournaments and many have competed in events such as the Pan American Games and the U.S. Taekwondo Cup.

Outside of the dojang, Grandmaster Park devotes his time and energy to organizations that create awareness of Korean culture in New Hampshire and across the U.S. In 2006, he was elected president of the Korea American Society of New Hampshire, which encompasses Northern New England and represents Korean Americans through cultural and information programs.

In 2004, Republic of Korea President Roh Moo-hyun presented Grandmaster Park with the Korean Presidential Award for raising awareness of Korean culture in the United States, and for exemplifying Korean-American citizenship. The award recognized Grand Master Park as a role model for Korean-American citizenship
and for his role in promoting Korean culture to the American people.

1995-present: Founder and advisor of the University of New Hampshire Taekwondo Club

1987-Present: Director of the N.H. state and other open taekwondo
championships, including the U.S. Cup and the President’s Cup; referee and administrator of many other international taekwondo championships.

2017: Medal of Civil Merit from the Republic of Korea in recognition of his years teaching taekwondo and his contributions to the Korean-American community.

2014: Commendation from U.S. Senator Kelly Ayotte in the 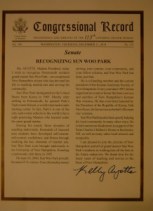 2007: Letter of Commendation from the President of the Republic of Korea for distinguished efforts in the democratic and peaceful unification of Korea.

2008: Letter of Commendation from the President of the Kukkiwon (the world headquarters for taewondo) for the promotion of Tae Kwon Do in the United States and internationally.

2006-2007 and 2011-2015: President of the Korean-American Society of New Hampshire, Inc. Currently acting as advisor to the organization

2004: Letter of Commendation from the President of the
Republic of Korea to Grandmaster Park for the promotion of tae kwon do throughout the U.S., and distinguished service to the American and Korean communities.

1998: Letter of Commendation from the Speaker of the Massachusetts House

1997-1999: Technical Advisor to the Massachusetts Governor’s Alliance Against Drugs

Taekwondo: for a better life

The exhilaration of a great workout. The confidence that comes with self-defense skills. The wisdom of knowing how to use those skills. Taekwondo, the Korean martial art and way of life, is all of those benefits and more. World Taekwondo Federation Grandmaster S.W. Park. has dedicated his life to taekwondo, from his youth in South Korea to more than 30 years of teaching in the Seacoast region of New Hampshire and Southern Maine. He has guided students of all ages, physical condition and ability level to the physical and mental benefits of the world's fastest-growing martial art. Please explore these pages to learn about the rare opportunity that Park's Taekwondo school offers to study with an eighth-dan grandmster and a dedicated team of fifth- and sixth-degree masters.